At Western, we believe in building long-term relationships with both investors and clients alike. Our owners range from individuals and family corporations to large native corporations and financial institutions. You name the business type and chances are we have them as a tenant. We have excellent tenant retention with businesses expanding and staying in Western managed buildings.

"At Western Enterprises our Commercial Property Management and Sales and Leasing Team can provide the full range of diligent, efficient and cost-effective services to our commercial property owners and business clients."

Brokerage Services – Whether you are looking to sell, buy, lease or have your building leased, our hands-on team of friendly, knowledgeable licensees can assist you in selection and negotiation. 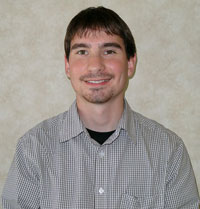 Andrew, a born and raised Alaskan, grew up on an Alpaca farm his folks established just south of Big Lake. After graduating from Houston High School he decided to pursue a path following his father’s first passion, commercial real estate and property management. He spent his next four years obtaining a duel degree in Finance and Real Estate from Florida State University. His studies in appraisal, market variance, and real estate accounting were beneficial toward a career in this field. After a year of managing the #2 grossing Jimmy John’s franchise in the country, Andy felt the calling to return home and begin his career with the family company of Western Enterprises, Inc. Andy started with Western in May of 2011 with the goal of becoming the voice for the numerous buildings we manage in Wasilla, and to help our tenants by providing dedicated local representation. He believes strongly in building tenant relationships and furthering the good reputation of Western and their employees.

As a student at Florida State, Andy purchased a residential property close to campus with three others, where they lived and regularly made improvements. It was a great opportunity to gain firsthand experience, while at the same time applying what he was learning in his Real Estate and Finance classes. It is still owned as a rental unit that he leases to a couple former employees of his and as a place to tailgate when he wants to see a great Seminoles football game.

Western is continually adding commercial buildings in Wasilla, with two more soon to come in the City Center Wasilla complex. Andy will be working closely with the leasing, property management, and professional needs of tenants for all of these and other non-managed buildings to help facilitate the growth and prosperity of small businesses in the Valley. He is continually looking for new properties for investors and Western alike to fill the demands of one of the fastest growing areas in Alaska. 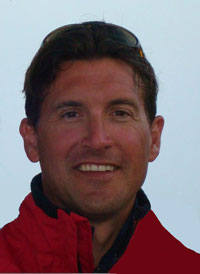 Born and raised in Alaska, Chad Powelson graduated from Robert ServiceHigh before moving on to attend Arizona State University in Tempe. Chad graduated with a Bachelor of Science majoring in Business Management with an emphasis in Small Business Development/Entrepreneurialism. Chad has worked in Commercial Real Estate for almost 15 years with Western Enterprises, Inc., first beginning his career as a property manager for Western where in addition to brokering numerous non-listed leases, he exclusively manages and leases about forty Office, Retail and Industrial properties for a variety of individual owners, LLC’s and corporations. Chad has and continues to successfully search for and negotiate properties for purchase and lease. To date, he has developed nearly a dozen multi-million dollar buildings, purchased or sold numerous commercial buildings and commercial condos, and negotiated hundreds of leases. In 2005, Chad was promoted to Vice President and in the same year, he became the company’s Broker. In 2006, he acquired ownership interest in the company and in 2009 Chad was promoted to President and CEO of Western Enterprises, Inc.

Chad approaches all aspects of commercial real estate from an investor’s point of view working for the best possible position for buyers’, sellers, and owners’ of commercial property. While managing property, he quickly learned to follow Western’s philosophy of never overselling a client and always placing the prospective tenant in what best suits their needs. Chad and his wife are members of several LLC’s, which own several buildings that have been bought or developed in Anchorage and the Valley.

Chad and his wife, Ginger, have two daughters, Madelin and Gabriella. Together, they enjoy camping, hiking, kayaking, traveling, fishing and alpine skiing. Chad is an avid road and mountain cyclist and participates in several endurance and charitable rides each year. Chad helped re-establish the MS-150 Ride in Alaska with his tenant, the National Multiple Sclerosis Society, after completing several similar MS Rides in Arizona. Chad has been a member of the Anchorage Downtown Rotary serving on several committees over the years and has worked with numerous charities.